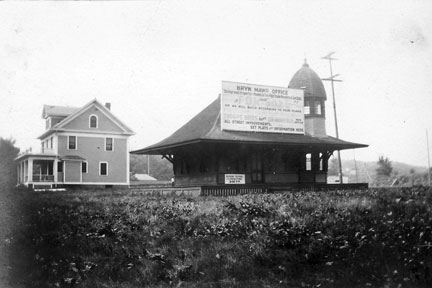 Bryn Mawr Presbyterian Church began as a mission of Westminster Presbyterian in Minneapolis. The first meeting of the Bryn Mawr Sunday School was held in July 1913 at the corner of Cedar Lake Road and Oliver Avenue South, in a former railroad depot building. By 1924, the church had 61 members, meeting in a chapel building on Penn Avenue near Cedar Lake Road. 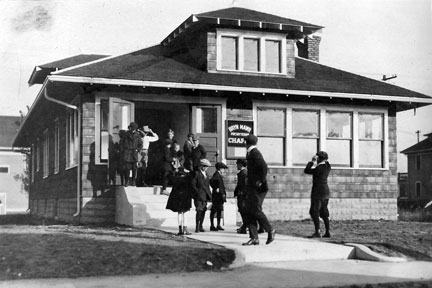 The 1930’s and 1940’s saw a steady increase in the membership under Pastor George H. Carey. He was beloved, and for almost 17 years, he tirelessly organized church activities, including social groups for men and women, Bible study, young people’s conferences, and even a youth theater group. Due to his campaigning, in 1941 a sanctuary was constructed on its present site at 420 South Cedar Lake Road. By the time Reverend Carey resigned in 1952, church membership had reached 300, with 45 percent living outside of the Bryn Mawr neighborhood.

David A. Searfoss served as pastor for 21 years, from to 1952 to 1973. A Sunday school addition was added to the building in 1954, and the sanctuary was remodeled in 1956. During the 1970s, the church received a generous gift which eventually enabled it to make improvements to the building. However, the following years saw a decline in membership and an aging congregation. By 1989, the congregation had 69 members and could no longer support a full-time pastor.

In 1989, John Ackerman of Westminster Presbyterian was brought in as a stated supply pastor to close the church. However, Reverend Ackerman’s ministry welcomed new families, increased lay participation, and encouraged community outreach to such groups as Alcoholics Anonymous. A music ministry program blossomed with the establishment of a men’s gospel choir, the Cedar Lake Seven. A choir director and pianist were hired. The church was no longer just surviving; it was thriving.

In 2003, the congregation called Jamie Schultz to be its first installed pastor in fourteen years. In 2010, the church building was remodeled and an elevator was added. Bryn Mawr Presbyterian Church exists today as a vibrant Christian community.